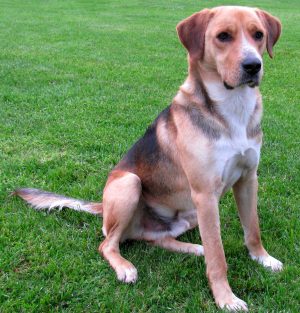 If you follow Saving Cats, Dogs and Cash on Facebook (https://www.facebook.com/savingscatsanddogswhilesavingcash/), or have noticed in the pictures I share here on my blog featuring stories about my cats and dogs, you may notice that they don’t wear collars.  The reason is that when I was a kid, our dogs did wear them.  One incident with a collar has kind of traumatized me for life and is always in the back of my mind with my own pets.

It may or may not apply to you and your situation, but I wanted to share this story, if nothing else, to at least bring attention to the matter to maybe help someone else out there avoid having a similar incident.

The day Wolf and Misty disappeared

I was somewhere around twelve years old when our two german shepherds took off after what we believe was a coyote.  I was in bed when it happened and can remember hearing their nails scraping frantically and furiously on our wooden porch as they struggled to gain traction.  I can still hear that clamoring in my mind to this day.

Growing up in the country, we had a lot of wildlife around.  Coyotes were no exception.  Whether it was true or not, I don’t know, but Dad said that the coyotes would lure the dogs away and then once they had the dogs out away from the house, they’d attack them.  That sounded pretty far-fetched to me as a kid, but also scary.  When our dogs, Misty and Wolf, made haste to get off the porch that day and didn’t come back after several hours that turned into days, I was afraid that was what may have happened to them.

Wolf was supposedly a wolf and german shepherd mix my uncle had bought/got or whatever and then ended up not being able to keep him.  He had a large head, bright green or yellow eyes, I forget which, but they were piercing and unique.  He did have the markings of a german shepherd, but in a different, more yellow color tone than most german shepherds.  Wolf was very calm and sweet and although he was big and looked intimidating, he was harmless.

I remember once being home alone and some guys pulled into the drive in their truck and just hollered at me through their rolled down window as I stood holding Wolf’s collar, like he might attack them if I let go.  Even though he wouldn’t have hurt anyone, it was nice for people to see him and think he might.  It’s especially cool when you are a young kid and you like to think your dog may not be mean, but it would be for you.

Misty was a german shepherd we’d gotten after my mom was home one morning getting ready for work and some man tried kicking in our front door.  My dad had just left for work a few minutes before, so all kinds of scary thoughts were going through my mom’s mind as she decided what to do.  She wasn’t ‘go to the door’ ready, so she’d just turned the bathroom light off when she’d heard a knock at the door.

As the knocks turned into pounds and then kicking, my mom debated firing a pistol over the man’s head through the wall, but finally decided to just cough first, as she wanted to let him know someone was inside.  Luckily, hearing the cough, the guy ran away, but not before hitting the side of our house with his fist or whatever in what we believe was frustration or anger.  He also left a giant dirty footprint on our front door.

That incident scared my mom really bad, so she wanted an actual “guard dog”.  Somehow they found a guy who claimed Misty was that, even coming out and demonstrating her ferocity, though we didn’t really see it.  We kind of felt sorry for her though, so we just kept her to keep her from going back to the guy who owned her.  She too was a nice dog, but I think having both Wolf and Misty made my mom feel better about my sister and I being home alone so much as she and dad worked long hours at their business about 25 minutes away.

For some reason, the collars we kept on Wolf and Misty were choke chains.  They were outside dogs, never tied up or taken for walks, so I’m not sure why we kept those collars on them, but we did.  At the time, it didn’t seem unusual and certainly not dangerous.

As you know, when you go from having a pet, to suddenly not, it’s a very strange and empty feeling.  There’s a giant hole in your life suddenly and there’s sadness and all kinds of other feelings, depending on the situation.  I don’t remember how many days passed, but it was more than a few before my prayers were partially answered and Misty made it back home.  I had prayed/begged to God to please let both Wolf and Misty come back ok and had hoped beyond hope that something bad hadn’t happened to them.

My happiness at seeing Misty was quickly overshadowed by the huge wound to her neck.  It was one of the most awful and upsetting things I’d ever seen in my young life.  It was obvious that she’d gotten her collar hung up on something and had worked and worked to get free.

Misty’s collar had been pulled on so much that it had worn through her skin and had made a 3 to 4-inch unconnected section of skin and fur all around her neck.  I can still envision her bulging fur around her neck shrinking up and puffing out and revealing the bloody muscle under it.  Luckily, because it was winter, there had been no flies to bother it, so she had caught that one break in her ordeal.

Misty’s recovery and the lesson learned

I don’t know why we didn’t take Misty to the vet, but to my shock and horror, we didn’t.  Maybe it was because my parents didn’t feel there was anything the vet could do.  Instead, because that’s how it was done back then, we put peroxide on her neck and let her heal on her own.

Despite her horrific wound, Misty actually seemed to be fine otherwise, eating and acting normal.  Her neck did eventually heal back fine, but it took a very long time.  Poor Wolf never made it back and I still wonder about his fate often.  My family was into hunting, so they were often out in the woods, as well as myself since I was an outdoorsy, play in the creeks and woods kind of kid.  Despite living in that house for several more years after that incident, we never found any signs of Wolf.  If my parents ever did, they never mentioned it.

Things were done differently back then and things my parents believed and did make me cringe and sad to this day.  I don’t think it was because they didn’t care, I just don’t think they knew any better.  Unfortunately, as a kid, you have little say or even knowledge of the way things SHOULD be, so you just have to vow to do things differently when you grow up.

Today, my house is surrounded by just as many fences as we had as a kid.  I also hear coyotes in almost every direction, sometimes at once, on a very regular basis.  The thought of one of my cats or dogs going through what Misty and possibly Wolf went through, really upsets me.  It is the reason why I have chosen not to put collars on any of them.

I know they make breakaway collars for dogs like this, http://amzn.to/2hVoXif, that I’ve never personally used, but if I traveled with my dogs or lived in an area where I HAD to have a collar with tags, that’s definitely the kind I’d have.  Just reading the reviews, or a quick online search reveals how common dogs getting their collars hung up on things is.

While Misty’s case may seem extreme, when I looked online, I found there were plenty of other similar cases out there.  The pictures were too graphic and upsetting to share, but a google search will show them if you have the stomach.

Cats are not immune from the dangers of wearing collars either.  A few years ago, my aunt tragically lost her cat after putting it in the garage for a little while and returned to find it had gotten its collar caught on the garage door and hung itself.

My aunt was obviously extremely upset and if she had only known that death from a collar was even a remote possibility, I’m certain she would never have left her cat alone with its collar on.  Here’s a breakaway collar option for cats:  http://amzn.to/2vtVPn8

I know not having a collar on your pet isn’t an option for everyone, which is why I wanted to share these stories and provide possible alternatives.  I also wanted to warn others that if you ever have a pet go missing and they are wearing a collar, please remember this story and make sure you look in places where a cat or dog could be stuck.  It doesn’t necessarily have to be a fence, either.

Possible dangers are everywhere.  I’ve seen pictures and read stories of pets getting stuck on other pets while playing, on their kennel or furniture, floor vents, fans, and even branches while outdoors.  I also advise you to start looking for your pet immediately, because if the animals’ collar is hung up on something, they tend to struggle very hard, especially cats.  The longer the pet struggles, the more injury they can cause themselves.

If you want to see pictures of my crew of 10 cats and dogs and their antics, be sure to check out my Facebook page, https://www.facebook.com/savingscatsanddogswhilesavingcash

For pet and other random products that I’ve purchased over the years or have researched and recommend, check out my shopping page, https://www.amazon.com/shop/savingscatsanddogswhilesavingcash